It was during the interview process that Chuck Kidd decided that New River Electrical was in the perfect place for the final phase in his career.

The interview process was, as he described, “meticulous and methodical.” Over the course of several months, he participated in multiple interviews – some lasting more than three hours – with NRE’s leadership team as he vied for the company’s new Vice President of Environmental Health and Safety position. 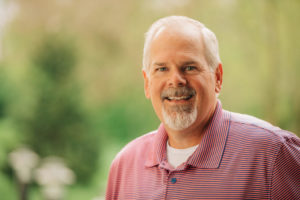 “Their hiring process gave me great insight into the company and how proud these people are of what they’ve built and just how protective of it they are,” said Kidd. “It told me that they protect and value their people and that they are committed to taking their time to find the ideal candidate to get the job done right.”

Joining a company that prioritizes protecting people was exactly where Kidd wanted to be. And since assuming the VP role in September 2020, he’s confirmed what learned during the interview process — New River Electrical is not only a place that puts great value on their safety culture, but they are willing to invest both time and resources towards achieving world-class safety performance.

“Over the years, my job has sometimes had to involve giving presentations to leadership and earning buy-in for safety programs and processes before ever focusing on implementation,” he said. “Not at NRE. They are focused and committed to doing whatever needs to be done for continuous improvement.”

Safety culture and continuous improvement are Kidd’s expertise. He’s spent more than 30 years growing a career as a results-oriented agent for process improvement. His ability to collaborate with cross-functional teams during problem-solving exercises has served him well, but when asked, he says his passion to seek out new learning opportunities has always been a key to his success.

His previous experience in power generation, energy delivery (T&D and Substation), and petrochemical refinery operations was an invaluable training ground for him to better understand both the value and impact safety culture can have on an organization. And ultimately, Kidd hopes to take what he’s learned from his previous work experience and bring energy, passion, and commitment that will create a world-class safety culture within the New River Electrical family.

As Vice President of Environmental Health and Safety, Kidd’s job is to build a high-performance team of employees who work together and share a common goal of continuous improvement within NRE’s environmental health and safety department.

“We strive to create a ‘zero harm atmosphere,’ where everyone is focused on owning their own 20 square feet,” said Kidd. “An injury-free workforce is not just wishful thinking here at NRE, but an actual, obtainable goal that we take very seriously and work hard each day to achieve.”

Every week, Kidd and other executives kick off training sessions led by the safety department. This allows the top leaders at NRE to share valuable information about who the company is, what is expected, and the key role employees play in NRE’s overall success.

“Having a well-trained workforce continues to be instrumental to NRE’s success and will continue to play a vital role in our future. It has been a breath of fresh air to work for an organization that truly understands the return on their investment – training employees and spending the extra time and resources during the new hire and onboarding process,” Kidd said.

Kidd contributes any success he’s had to his past coaches, teachers, and mentors that took the time to share their knowledge freely and who inspired him to want to serve others in the same manner.

He aims to foster that humble, service-oriented approach in his safety team at New River Electrical. It’s about support, not surveillance, he says.

It’s a team-oriented mindset, one Kidd says he learned early on growing up in a family of athletes and then again serving in the 82nd Airborne Division of the U.S Army. He’s seen firsthand the role teamwork, commitment, and communication play in achieving a safe working environment, and it has played out again and again over his 30-year career.

“Whether you are on the ball field, jumping out of airplanes, or on a job site, success only happens when we work together. That’s what we do here at New River Electrical.”