New River Electrical Corporation has recently participated in the rehabilitation of the TNT plant located inside the Radford Army Ammunitions Plant. The TNT plant has not been in operation since the mid-1980s. It is the only plant in the United States capable of producing TNT. The majority of the rehabilitation has taken place in 2004 and 2005. It was an estimated cost of $130 million total of all trades to complete the rehabilitation. 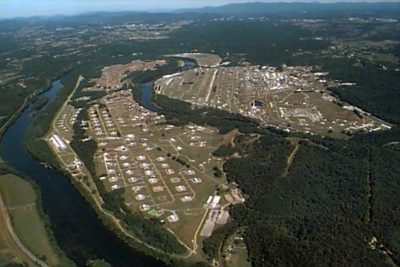 The Radford Army Ammunitions Plant is the nation’s largest manufacturer of propellant. It was build at the beginning of World War II. The plant is still owned by the government but today is operated by a civilian contractor. The plant is well spread over its 6,800 acres and employs over 1000 workers today.